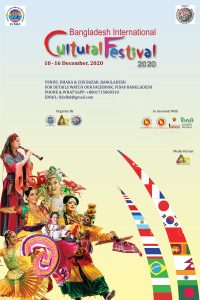 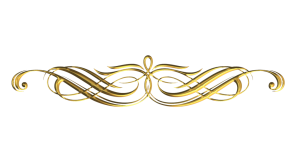 Supported by: Embassy of the SR of Vietnam

The production ‘Ho Chi Minh’ is based on the life, journey and philosophy of the legendary leader Ho Chi Minh. Designing a production like Ho Chi Minh was tough. The Process of research on Ho Chi Minh’s life was very complex, since his life itself is very complicated and full of mystery. He took many pseudonames and wandered in many countries in disguise. It also seems that, the act of taking disguise was not only a demand of situation but also a provokation of the artist residing inside him  to portray versetile charaters on real-life stage. The biggest challenge of making a production on Ho Chi Minh’s life was preparing the script. Narrating his entire life within a time frame of 40 minutes and shaping a production out of it for international audience was a tough job. Rather than being realistic, the whole process has been given a suggestive treatment. Most of the movements used in the production are created in our Turongomi studio and are inspired by classical dance as well as meditational and martial art forms. Initially, the scenes are always blurry and floating, when they are imagined. I tried to mould them within the grammar of design and performance by drawing sketches. Gradually they got clear, and eventually, they got life when these sketches were embodied by our performers on the rehearsal floor.

As far as we know, this is going to be the first ever biography dance theatre based on the life of a political leader. Lenin was Ho Chi Minh’s Hero. Research shows that Ho Chi Minh was more inclined towards the proven methods of Lenin, to abolish inequality from society. We have tried to express these facts by adopting the silent language of dance and theatrical techniques.

Doing a production on Ho Chi Minh itself is challenging. Again, when we are doing it officially for the Government of Vietnam, it is surely a matter of pride for us and, at the same time, a lot of pressure. We have received enormous support from all officers and officials of the Embassy of the SR of Vietnam in Bangladesh, in all our efforts, especially from His Excellency Ambassador Tran Van Khoa. Also, we got enormous support from Mr KM Khalid MP, Honorable State Minister, Ministry of Cultural Affairs, Government of Bangladesh. We are grateful to all staffs, concerned officers and officials of Ministry of Cultural Affairs, Bangladesh and Bangladesh Shilpakala Academy. I would also like to congratulate the performers of Turongomi Repertory Dance Theatre and the students of Turongomi School of Dance for their efforts and hard work.

Ho Chi Minh is the name the leader chose for him by himself. It means bringer of light. The light he tried to turn on; is the light of our own conscience – that enlightens our mind. Once we conquer our selfish self, this light lights us forever. Let us all scintillate together in the Soiree with our own light, while celebrating Ho Chi Minh’s life. 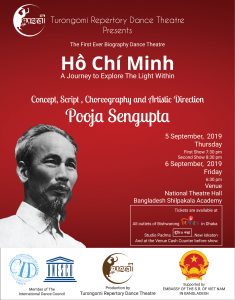